After the flood of 2008, the Cedar Rapids School District found several of its support facilities devastated, including the Educational Service Center, Central Warehousing, District Bus Lot and the District Transition Center. Combined, these facilities housed over 200 employees. Following the flood, the support offices were relocated to a temporary campus of modular buildings at a local high school stadium; they also leased space within Cedar Rapids. The School District took this opportunity to develop a long-term plan to consolidate all of District’s functions into one central campus.

The new Educational Leadership and Support Center (ELS Center) is a $39 million, 171,000 square foot facility that resides on a 20-acre site that was formerly the school district’s transportation center. From the street, the ELS Center appears to be one large office building. However, the facility is actually composed of three separate buildings with separate functions, each with its own independent mechanical and electrical systems.

The facility’s first building includes the front entrance of the ELS Center and houses all of the campus’ public spaces: the Board of Education meeting room, the Professional Development Center, a small art gallery space, a TV studio, the Superintendent’s office, administrative space for each department and common areas. The lower level of this area is a warehouse that stores materials and supplies for all 33 of the district’s schools.

The north side of the facility is the second building, which houses the transportation department and bus garage. Here, mechanics service and maintain the district’s 116 buses. The area includes gas pumps and a small separate building with an automatic bus wash.

The third building is on the south portion of the facility and contains the maintenance and operations departments, including a large print shop that handles the printing for the entire school district. This area also includes a FEMA-mandated concrete “safe room” that is large enough to protect 500 people during severe weather emergencies. 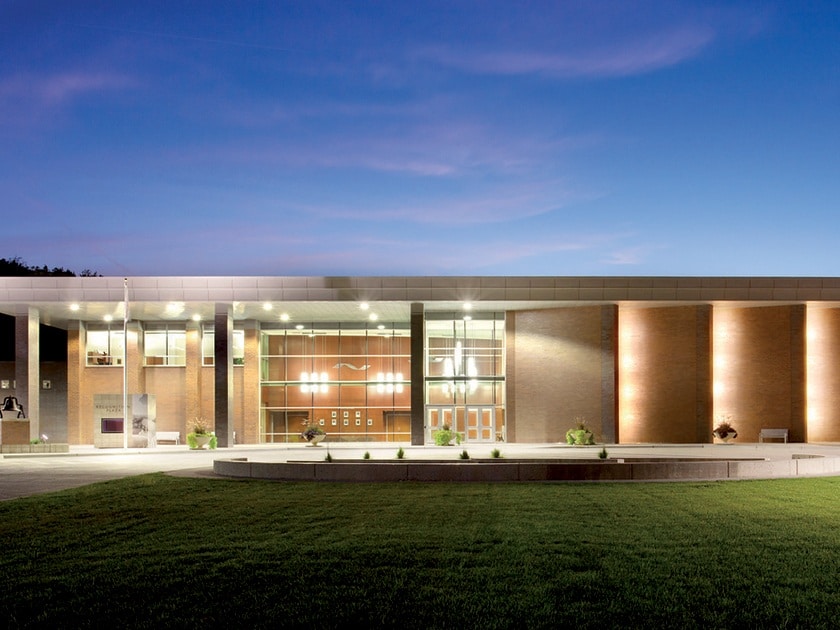